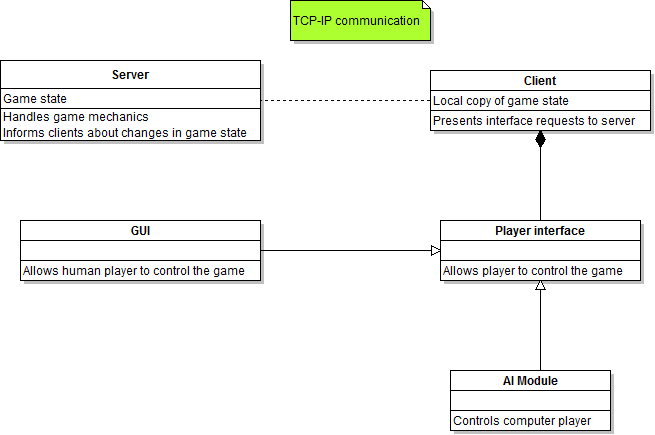 iOS platform pioneered single process build, where server is a static library and not a dedicated executable. For that to work, the lib had to be wrapped into special namespace that is defined by client and server targets on iOS, so that single process is able to contain 2 versions of the library. To make it more convenient, a few macros were introduced that can be found in Global.h. The most important ones are VCMI_LIB_NAMESPACE_BEGIN and VCMI_LIB_NAMESPACE_END which must be used anywhere a symbol from the lib is needed, otherwise building iOS (or any other platform that would use single process approach) fails. See #Wrapped namespace examples.

Both header and implementation of a new class inside the lib should have the following structure:

Headers outside the lib

Forward declarations of the lib in headers of other parts of the project need to be wrapped in the macros:

If you're creating new project part, place VCMI_LIB_USING_NAMESPACE in its StdInc.h to be able to use lib classes without explicit namespace in implementation files. Example: https://github.com/vcmi/vcmi/blob/develop/launcher/StdInc.h