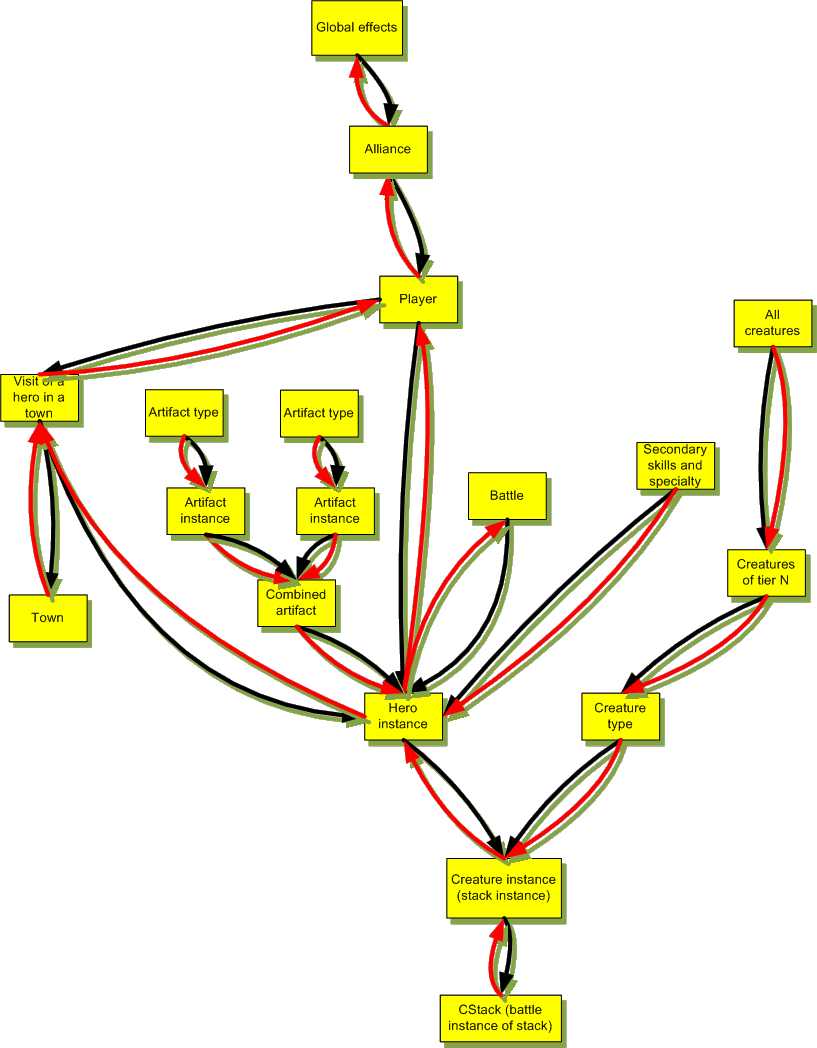 When adding a new node, it has to be attached to some other part of system. When node is attached to a new black parent, the propagation system is triggered and works as follows: